DESIGNED FOR CRUISING, THE MERRY FISHER 895 IS A TRUE WEEKENDER.

She offers an incomparably bright interior, with wide windows in the helm station and even more comfort for those special shared moments on board. The cockpit features an L-shaped saloon, reclining seat backs and armrests with cup holders. Both on the interior and on the exterior, the seat backs pivot to adjust the seating to suit individual preferences. This Merry Fisher features an opening side gate, a recessed side deck, as well as a very generous storage capacity. The main cabin, with wide windows, is equipped with a head with shower and marine toilet.

Our Four Points Boatclub boat will be well optioned with bow thruster, electronics, rear awning electronic controls and upgraded engines to make your time out on the water unforgettable

Don’t take our word for it, here is what other people say…..

With upgraded twin 200hp Mercury Verado four-cylinder outboards, it’s a family weekender par excellence and what the huge yard does best — that is, build affordable and capable production boats with honest values and broad appeal. Here’s our full and detailed buyer’s review…

OVERVIEW
– More comforts, accommodation, power, twin engines, fuel and range
It was one of those summer days with high humidity and a building sea breeze. The Sydney dealer wanted to skidoo, too. A southerly buster was on the way. But it says something that the new Jeanneau Merry Fisher 895 was about to be delivered from Sydney to its owner in Port Stephens by sea.

As time would tell, an 80nm ocean passage certainly isn’t beyond the capabilities of this flagship in the French Jeanneau company’s Merry Fisher range. While you can run a single outboard from 200-350hp, our test boat had twin four-cylinder supercharged 200hp Mercury outboards that, in the go-to 18-22 knot cruise range, created a really comfortable cruiser with twin-engine reassurance.

As you don’t get that clatter of a diesel inboard under the wheelhouse floor, as with traditional boats like this running a shaft-drive, this is a nice boat in which to spend time cruising. The engines are on the transom and, being modern four-strokes, they purr in an innocuous way.

Families will feel safe aboard thanks to the high-sided, high-volume hull with plenty of freeboard. The offset or asymmetrical cabin creates a wide helm-side walk around deck for easy access to the foredeck. Meanwhile, deep glazing around the wheelhouse and lack of mullions create 360-degree views. The bow thruster will also play a big part in helping with the twin outboard-engine docking.

As tested with key upgrades, the new Merry Fisher 895 is as a feature-packed weekender with plenty of space for a family of four and autonomy from its twin engines, 400lt of fuel, 160lt of water, gas stove and 60lt fridge.

It’s a step out a trailerboat into the realms of more capable outboard cruisers. 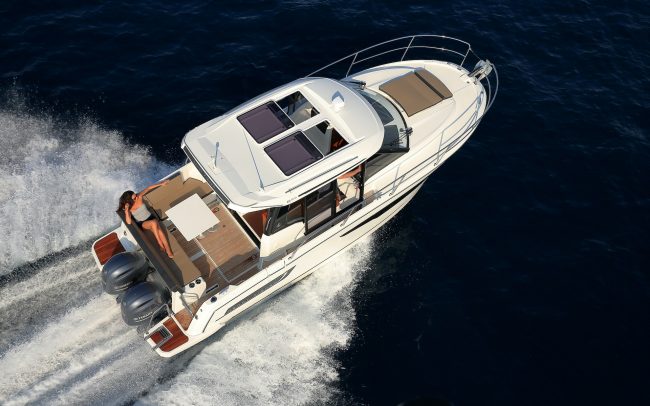 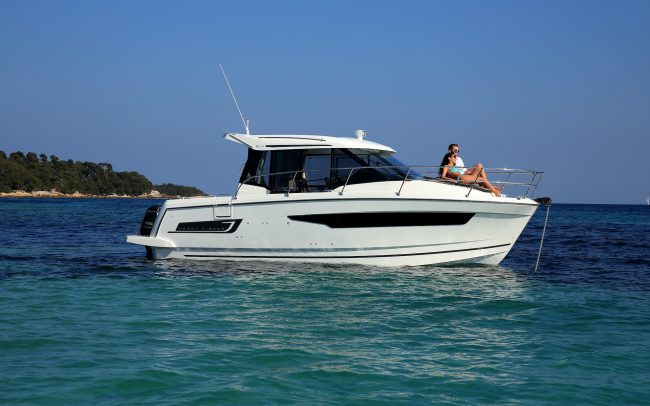 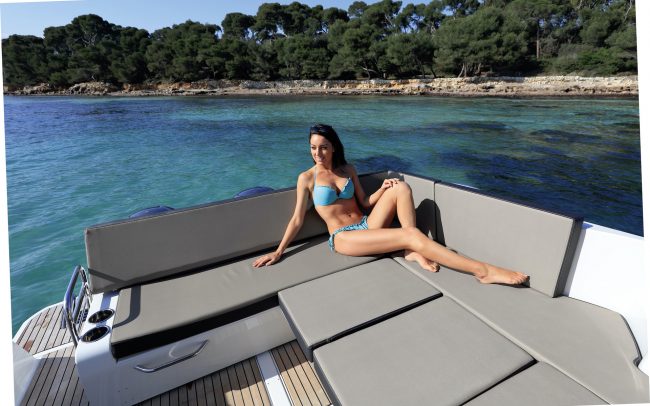 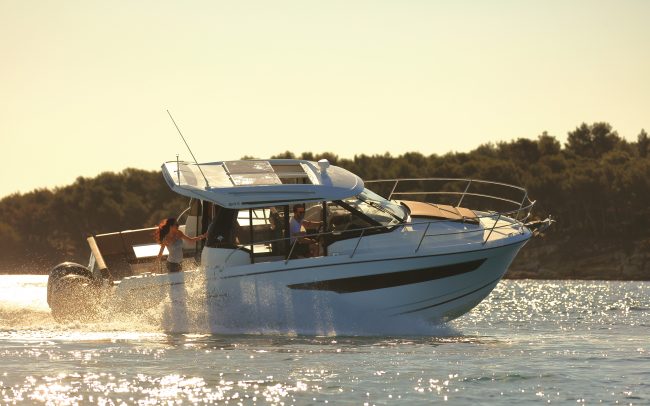 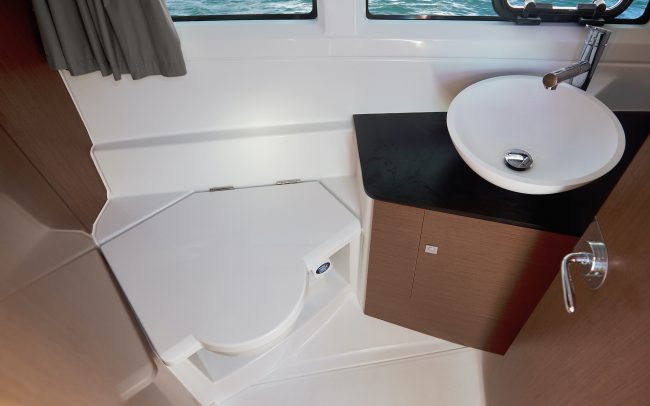 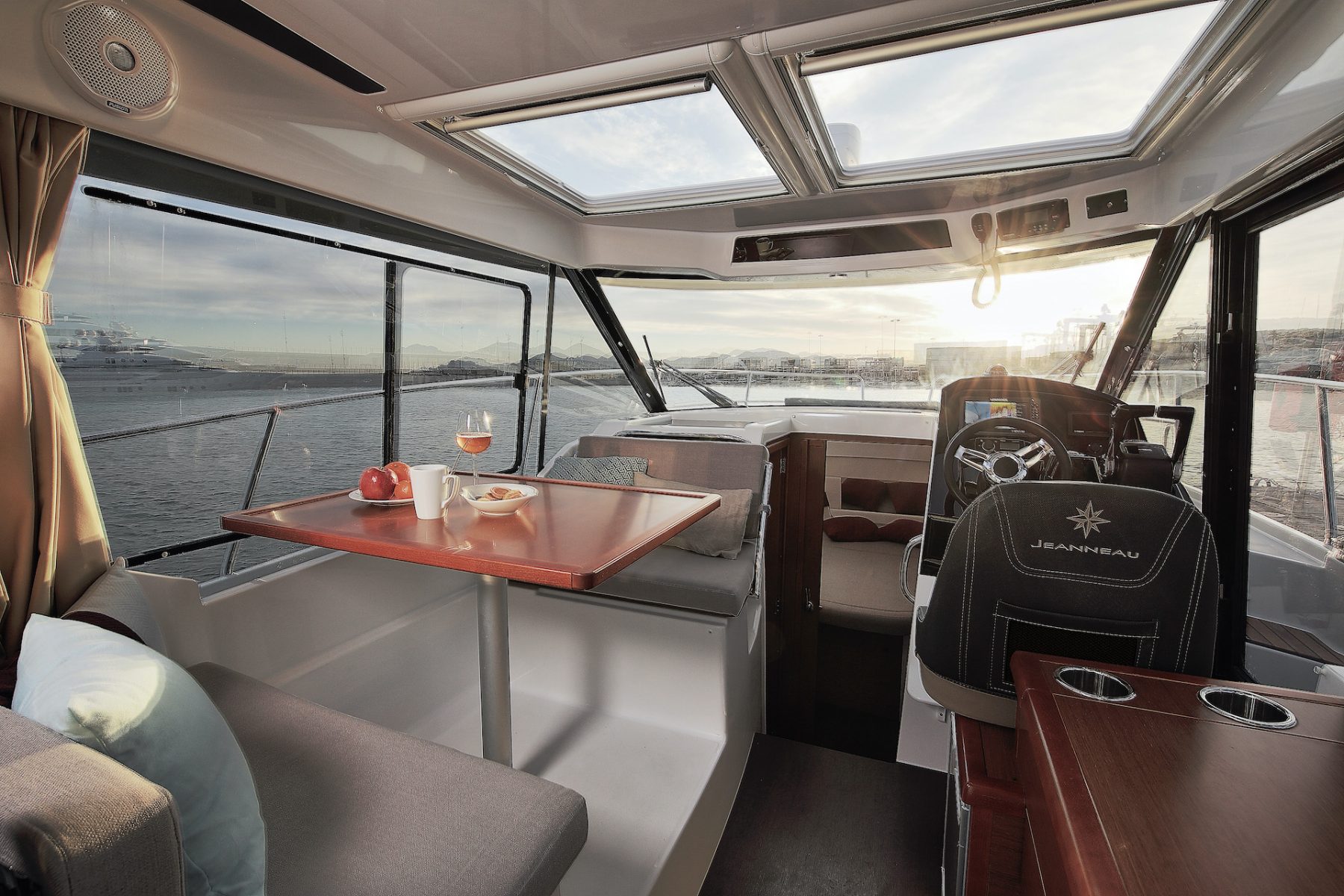 Call Us
Email Us